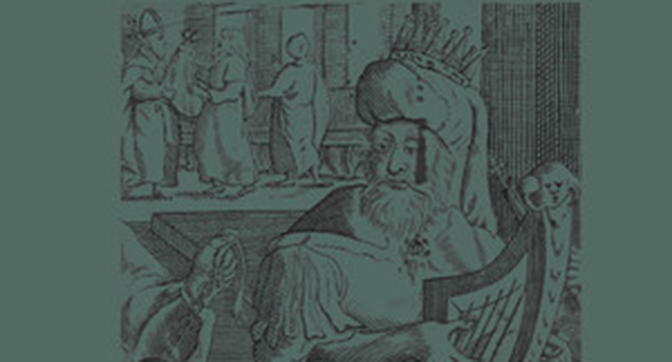 A volume of essays resulting from a conference on “The Character of David in Judaism, Christianity and Islam,” held in Warsaw in 2016, has been published by Brill (https://brill.com/view/title/60409):

Many thanks to Marzena and Mateusz for bringing this rich and highly interdisciplinary volume to press, and for organizing and hosting the memorable conference at which it originated. My own contribution to the volume is:

David R. Vishanoff. “Images of David in Several Muslim Rewritings of the Psalms.” In The Character of David in Judaism, Christianity and Islam: Warrior, Poet, Prophet and King, ed. Marzena Zawanowska and Mateusz Wilk, 273–298. Leiden: Brill, 2021.

Here is a pdf of the PREPRINT version of the paper; note that pagination, layout, and minor details may differ from the version of record published in the book, which is available from Brill at https://brill.com/view/title/60409.

Abstract: Among the many extant Arabic manuscripts of “the Psalms of David” are some that start out sounding like translations of the Biblical Psalms but that turn out, on further investigation, to contain fresh compositions by Muslim authors. Several different versions of these psalms have come down to us, and each presents a somewhat different image of David, depending on the outlook and objectives of its creator. This paper explores the range of strategies employed to turn David into what each author considered an appropriately Islamic figure. In keeping with the moderately ascetic and anti-establishment tone of these rewritten psalms, most versions downplay David’s kingly function and emphasize instead his role as a prophet and, above all, as an exemplar of otherworldly piety. The Biblical story of David’s sin of adultery and murder poses a special problem, which each editor handles in his own way: some play it up to make him a model of repentance, while others, following mainstream Muslim scholars, ignore or mitigate his sin to make him fit their ideals of piety and prophethood. The paper concludes that the pious Muslim writers who compiled and edited the several versions of these psalms did not see themselves as engaged in an interreligious debate over the true character of David or the true text of his Psalms (the Zabur mentioned in the Qur’an), but instead used the symbols of David and his Psalms quite freely and creatively to argue against their more worldly fellow Muslims and to promote their own particular visions of Islamic piety.