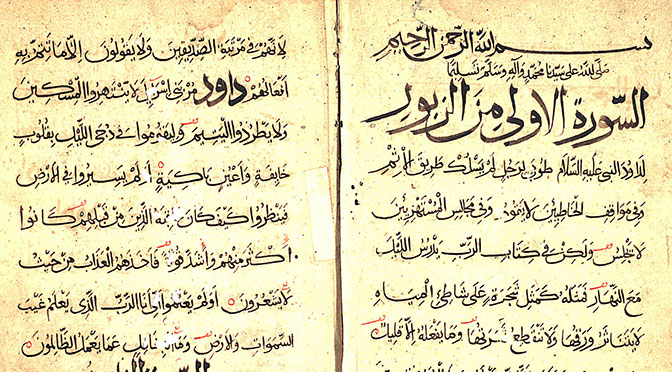 At the American Oriental Society’s 229th meeting, on St. Patrick’s Day in Chicago, I was part of a fascinating paper session on early forms of Islamic piety, along with Ursula Bsees and Antonio Musto. I presented my new understanding of the origins of the Islamic Psalms of David, arguing that they originated among ascetic Muslims of the 2nd/8th or early 3rd/9th century.

“The Ascetic Piety of the Prophet David in Muslim Rewritings of the Psalms.” American Oriental Society, Islamic Near East Section, March 17, 2019, Chicago.

Here are the paper and the slides in pdf form.