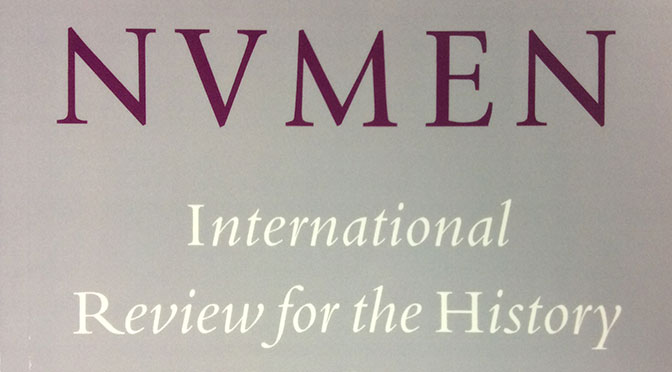 In 2011 the Comparative Studies in Religion section of the American Academy of Religion hosted a memorable panel on “Other Peoples’ Scriptures: The Use of Sacred Texts across Religious Boundaries,” to which I offered a response. Two of those papers, by Ryan Szpiech and Nate Hofer, along with a contribution from Gary Sparks, were then published in Numen 61.4 (2014) as a special issue on the theme of using scriptures across religious lines. I served as guest editor for that issue, and wrote the introduction, which reflects on how religious people reimagine religious others and their sacred texts when they read scriptures across religious lines:

“Other Peoples’ Scriptures: Mythical Texts of Imagined Communities.” Numen: International Review for the History of Religions 61.4 (2014): 329–333.

Here is a pdf of the article text as accepted by Numen, but without the publisher’s formatting. It is posted here for personal use, following the publisher’s two-year embargo period. The published Version of Record of this article may be obtained at the journal’s web site.